Darlene Joyce Zschech is an Australian Pentecostal Christian worship leader and singer-songwriter who primarily writes praise and worship songs. Described as a “pioneer of the modern worship movement”, she is the former worship pastor of Hillsong Church and is currently a member of Compassionart, a charity founded by Martin Smith.

“Shout to the Lord” Zschech composed “Shout to the Lord” in 1993 and it has become one of the most well-known modern worship songs, being sung by an estimated 25-30 million churchgoers every Sunday since the song’s release. She wrote the song during a time of personal struggle. 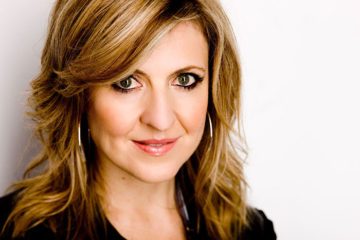 1. All Things Are Possible

2. My Jesus My Savior

3. My Jesus My Saviour

4. Shout To The Lord

5. Shout To The Lord All The Earth

7. You Gently Call Me Into Your Presence

8. You Make Your Face To Shine On Me

9. Your Eye Is On The Sparrow