Graham Kendrick, the son of a Baptist pastor, was born in Northamptonshire in 1950. He trained as a teacher but launched out as a singer/songwriter in 1972. His songs and hymns are sung by millions of people in numerous languages around the world.

The song Shine Jesus Shine has been the UK’s most popular contemporary worship song and is frequently featured in the BBC’s Songs of Praise programme. He is married with four daughters and lives in South London. Graham received a Dove Award in 1995 for his international work and is listed in Who’s Who. In 2000 he received an honorary doctorate in divinity from Brunel University in recognition of his contribution to the worship life of the church.

Graham is a member of the Ichthus Christian Fellowship and a co-founder of March for Jesus. This prayer, praise and proclamation event became global on June 25th 1994, with over 12 million people from 177 nations taking to the streets to proclaim their faith in Jesus Christ. His recent album What Grace was the UK’s number 1 best selling praise and worship album of 2001. 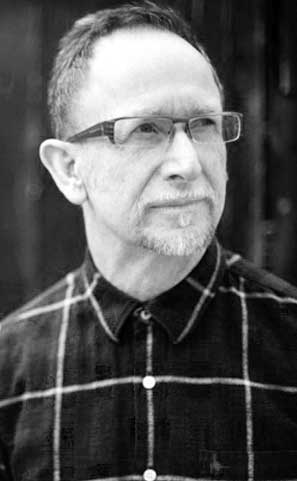 2. And He Shall Reign Forever

3. At This Time Of Giving

6. Far And Near Hear The Call

7. For The Joys And For The Sorrows

8. From Heaven You Came (The Servant King)

9. From The Sun’s Rising

14. He Walked Where I Walked

16. Here Is Bread Here Is Wine

18. How Good And How Pleasant

24. Jesus Put This Song Into Our Hearts

25. Jesus Put This Song Into Our Hearts

26. Jesus Restore To Us Again

31. Light Has Dawned That Ever Shall Blaze

33. Look To The Skies There’s A Celebration

36. Lord The Light Of Your Love

37. Lord You Are So Precious To Me

39. May The Fragrance Of Jesus

40. Meekness And Majesty Manhood And Deity

45. Oh Father of the Fatherless

46. Oh Give Thanks To The Lord

47. Oh Lord The Clouds Are Gathering

49. Only By Grace Can We Enter

51. Rejoice, Rejoice, Christ Is In You

52. Rejoice, Rejoice, Christ Is In You

58. Such Love Pure As The Whitest Snow

59. Such Love, Pure As The Whitest Snow

61. Thank You For The Cross

62. The Earth Is The Lord’s And Everything

64. The Lord Is Marching Out

66. The Trumpets Sound The Angels Sing

67. The Wine Of The Kingdom

69. This Child Secretly Comes In The Night

70. Wake Up Oh Sleeper And Rise

72. We Are Marching In The Love

73. We Believe In God The Father

74. We Shall Stand With Our Feet On The Rock

76. Who Can Sound The Depths Of Sorrow

77. With My Whole Heart I Will Praise You