Judson Van DeVenter was born on a farm in Michigan in 1855. Following graduation from Hillsdale College, he became an art teacher and supervisor of art in the public schools of Sharon, Pennsylvania. He was, in addition, an accomplished musician, singer, and composer. Van DeVenter was also an active layman in his Methodist Episcopal Church, involved in the church’s evangelistic meetings. Recognizing his talent for the ministry, friends urged him to give up teaching and become an evangelist. Van DeVenter wavered for five years between becoming a recognized artist or devoting himself to ministry. Finally, he surrendered his life to Christian service, and wrote the text of the hymn while conducting a meeting at the Ohio home of noted evangelist George Sebring.

Following his decision to surrender his life to the Divine, Van DeVenter traveled throughout the United States, England, and Scotland, doing evangelistic work. Winfield S. Weeden, his associate and singer, assisted him for many years. Toward the end of his life, Van DeVenter moved to Florida, and was professor of hymnology at the Florida Bible Institute for four years in the 1920s. After his retirement, he remained involved in speaking and in religious gatherings. Van DeVenter published more than 60 hymns in his lifetime, but “I Surrender All” is his most famous.

“I Surrender All” was put to music by Weeden, and first published in 1896 in Gospel Songs of Grace and Glory, a collection of old and new hymns by various hymnists, compiled by Weeden, Van DeVenter, and Leonard Weaver, and published by Sebring Publishing Co.[9] The following year, Van DeVenter and Weeden also published their jointly written gospel hymn “Sunlight”.[10] Weeden, born in Ohio in 1847, taught in singing schools prior to becoming an evangelist, and was a noted song leader and vocalist.[1] Weeden published many hymns in several volumes, including The Peacemaker (1894), Songs of the Peacemaker (1895), and Songs of Sovereign Grace (1897). His tombstone is inscribed with the title of this hymn, “I Surrender All”. 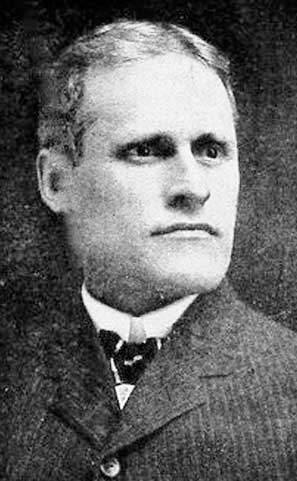 1. All To Jesus I Surrender

2. All To Jesus I Surrender

3. I Surrender All – Brian Littrell