Hastings, Thomas, MUS. DOC., son of Dr. Seth Hastings, was born at Washington, Lichfield County, Connecticut, October 15, 1784. In 1786, his father moved to Clinton, Oneida Co., N. Y. There, amid rough frontier life, his opportunities for education were small; but at an early age he developed a taste for music, and began teaching it in 1806. Seeking a wider field, he went, in 1817, to Troy, then to Albany, and in 1823 to Utica, where he conducted a religious journal, in which he advocated his special views on church music. In 1832 he was called to New York to assume the charge of several Church Choirs, and there his last forty years were spent in great and increasing usefulness and repute. He died at New York, May 15, 1872. His aim was the greater glory of God through better musical worship; and to this end he was always training choirs, compiling works, and composing music. His hymn-work was a corollary to the proposition of his music-work; he wrote hymns for certain tunes; the one activity seemed to imply and necessitate the other. Although not a great poet, he yet attained considerable success. If we take the aggregate of American hymnals published duriug the last fifty years or for any portion of that time, more hymns by him are found in common use than by any other native writer. Not one of his hymns is of the highest merit, but many of them have become popular and useful. In addition to editing many books of tunes 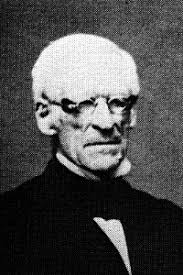 5. Peace I Leave With You

6. Return O Wanderer To Thy Home