Reuben Timothy Morgan[1] (born 9 August 1975) is an Australian worship pastor at Hillsong Church UK and one of several worship leaders and songwriters in the Hillsong Worship group. Prior to this, he was a worship pastor at Hillsong Church in Sydney, Australia. He has written songs such as “Eagles Wings”, “Hear Our Praises”, “I Give You My Heart”, “My Redeemer Lives” and “Mighty to Save”, which won the Worship Song of the Year at the 40th GMA Dove Awards. In 2005 his first solo worship album, World Through Your Eyes, debuted at No. 3 in the Australian Christian Charts.

In 2005, Morgan signed with Rocketown Records. The company released his debut album in the United States, but four of the original songs were removed in favor of cover versions of Hillsong songs written by Morgan. In addition, the remaining songs were remixed and the resulting songs had a heavier feel when compared to the softer pop-rock originals.

Morgan has toured extensively around the United States, Canada, and Europe. A 2007 European tour featured events in Scotland, England, Germany, and Sweden. Everyone contains Morgan’s interpretation of his music and was mostly written in the previous 18 months, recorded in a big sounding, studio worship without the congregational elements found in the Hillsong Live albums. Everyone largely featured covers of previously released Hillsong songs written by Morgan and was released in Australia on 2 October 2006.

Morgan officially became Hillsong’s new worship pastor in 2008, succeeding Darlene Zschech, however, Zschech continues to be a worship leader of the Hillsong Worship Team. On 29 June 2010, Hillsong Live released A Beautiful Exchange, an album featuring songs by Morgan. Morgan led Hillsong’s 2010 tour of the United States, which kicked off on 21 July and included events in Dallas, Detroit, and Los Angeles. 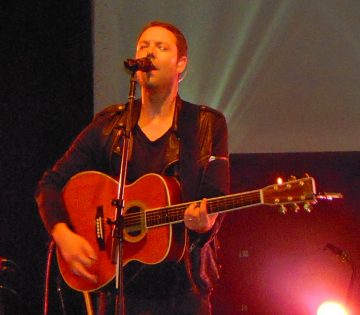 5. May Our Homes Be Filled With Dancing

7. This Is Our God – Reuben Morgan

8. Through It All – Hillsong Worship

9. We Will Seek Your Face Almighty God